Calvary And The Mass 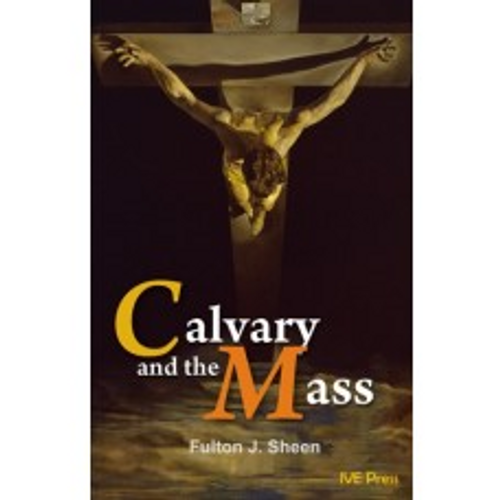 Calvary And The Mass

Our Lord on the Cross saw in His eternal mind, the whole drama of history, the story of each individual soul, and how later on it would react to His Crucifixion; but though He saw all, we could not know how we would react to the Cross until we were unrolled upon the screen of time. We were not conscious of being present there on Calvary that day, but He was conscious of our presence. That is why Calvary is actual; why the Cross is the Crisis; why in a certain sense the scars are still open; why Pain still stands deified, and why blood like falling stars is still dropping upon our souls. There is no escaping the Cross not even by denying it as the Pharisees did; not even by selling Christ as Judas did; not even by crucifying Him as the executioners did.
We all see it, either to embrace it in salvation, or to fly from it into misery.But how is it made visible? Where shall we find Calvary perpetuated? We shall find Calvary renewed, re-enacted, re-presented in the Mass. Calvary is one with the Mass, and the Mass is one with Calvary, for in both there is the same Priest and Victim.

Fulton J. Sheen (1895-1979) was one of the best-loved prelates of twentieth century Catholicism. A prolific writer and orator, a distinguished scholar and teacher, an influential master of the media, Bishop Sheen was one of the most effective communicators of our time. His scores of books have offered inspiration, profound thought, and penetrating analysis of Christian faith and life.

From wolves to lambs