Critique of Maritain's Understanding of the Human Person 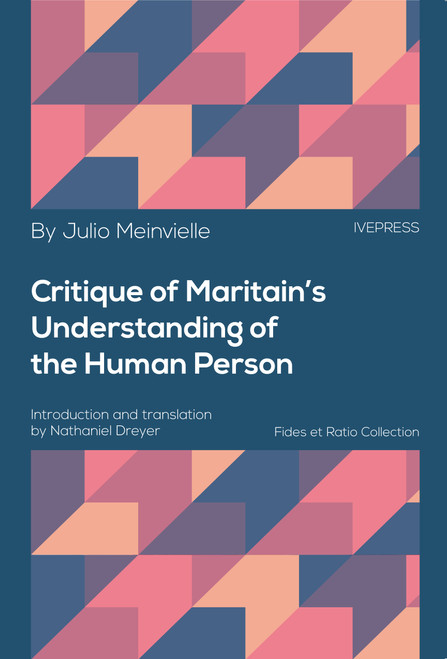 Critique of Maritain's Understanding of the Human Person

In De Lamennais a Maritain [From Lamennais to Maritain, 1945],
Julio Meinville laments that his study only examines the most external aspects and consequences of Maritain’s New Christendom,
and promises other studies that delve into the deepest foundations
of his erroneous thought. In 1948, Meinvielle fulfilled that promise
with the publication of Crítica de la concepción de Maritain sobre
la persona humana. For the first time, this book is presented in
English translation so that a wider audience might come to appreciate the Argentine priest’s examination of Maritain’s distinction
between person and individual, and, by seeing its lack of foundation, more clearly understand the detrimental consequences it
entails.

Born in Buenos Aires, Argentina, on August 31,
1905, Julio Ramón Meinvielle was ordained a
priest on December 20, 1930, having obtained
his doctorates in philosophy and theology. Two
years later, he began his writing career with the
publication of Concepción católica de la política
[The Catholic Understanding of Politics], and his
dedication to political philosophy, theology of
history, and modern theology would endure throughout his life. His
numerous works include Concepción católica de la economía
[The Catholic Understanding of the Economy, 1936], Crítica de la
concepción de Maritain sobre la persona humana [Critique of Maritain’s Understanding of the Human Person, 1943], Theilard de
Chardin o la religión de la evolución [Theilard de Chardin, or the
Religion of Evolution, 1966], and many other books and articles.
After an accident, Meinvielle died on August 2, 1973, leaving
behind a lasting, if not controversial, legacy in Argentina and
South American at large.

I want to! Formation of the will