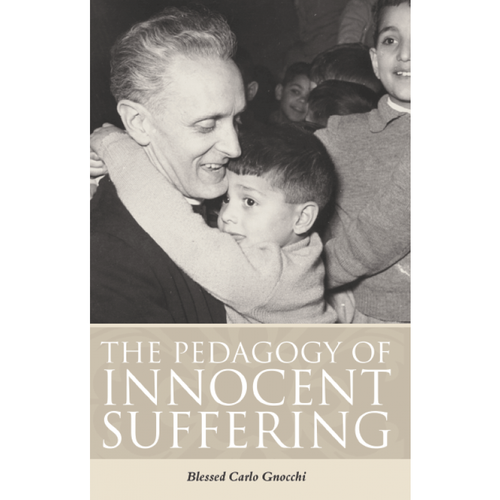 Blessed Carlo Gnocchi was born on October 25th, 1902 in San Colombano al Lambro, near Lodi, Italy. After his ordination in 1925, Gnocchi dedicated himself to teaching and education until Italy entered the Second World War, at which point he enlisted as a chaplain. Having seen first-hand the sufferings brought about by war and its aftermath, Gnocchi tirelessly dedicated himself to helping the handicapped, maimed, and orphans. He died February 28th, 1956, and was declared venerable by Pope Saint John Paul II in 2002. After recognition of a miracle attributed to his intercession, Pope Benedict XVI declared him blessed in 2009.