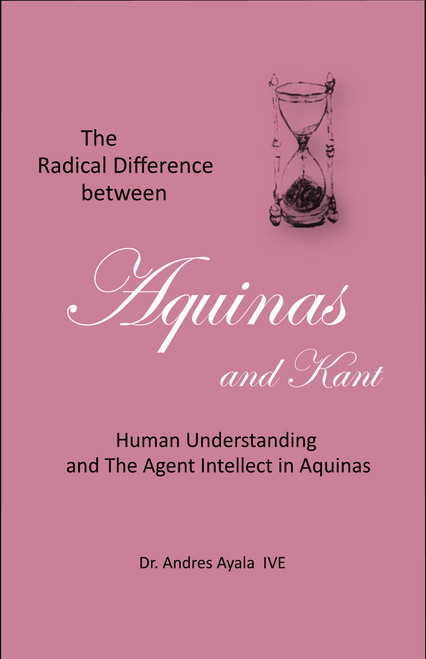 Did we get Aquinas’ Epistemology right? St. Thomas is often interpreted according to Kantian principles, particularly in Transcendental Thomism. When this happens, it can appear as though Aquinas, too—along with Kant—had made the “turn to the subject”; as if Aquinas were no longer the Aristotelian “believer” who thinks nature is what it is but, instead, the Kantian “thinker” who holds that nature is what we think of it; as if St. Thomas, like Kant, had concluded that nature is intelligible not only when we think of it, but because we think of it.

After much struggle with this problem, the challenge seemed obvious to me: to show the radical difference between Aquinas and Kant. Kant had reasons to make his turn, his Copernican revolution. Could I explain those reasons, could I pinpoint the problem leading Kant to think in those terms? Could I show Aquinas facing the same problem and clearly taking a different direction in his proposed solution? That is what I have tried to do in this book. And I hope that you, my reader, find in this book something as inspiring as I dreamt you might.

“Here is a well-organized, thoroughly researched exposé on the role of the agent intellect in Aquinas—so carefully explained by Dr. Ayala that readers may find themselves sitting beside Aquinas as he writes, listening to the Angelic Doctor as he thinks out loud. In this original research, Fr. Ayala offers us a unique angle from which to view Aquinas’ explanation of human understanding; our author—passionate and unrelenting—systematically exposes the roots of a fundamental divergence between Aquinas and Kant by setting Aquinas’s thought against the background of Kant’s basic assumptions regarding knowledge and being. So, pull up a chair and discover what might be an eyeopener for Philosophy, fresh air for Catholic Theology and, for an increasingly troubled modern culture, a new source of hope.” – Nancy Marrocco, RP, MRE.

This book provides an interpretation of Aquinas’ agent intellect focusing on Summa Theologiae I, qq. 75-89, and proposing that the agent intellect is a metaphysical rather than a formal a priori of human understanding. A formal a priori is responsible for the intelligibility as content of the object of human understanding and is related to Kant’s epistemological views, whereas a metaphysical a priori is responsible for intelligibility as mode of being of this same object. We can find in Aquinas’ text many indications that the agent intellect is not productive of the intelligible object but is, rather, productive of the abstracted or intelligible mode of being of this object. This is because for Aquinas the universal as nature, which is the object of human understanding, is present in the things themselves but with a different mode of being.

Digital version of The Radical Difference between Aquinas and Kant

Digital version of The Radical Difference between Aquinas and Kant

• Behold your Mother: Meditations on Mary our Mother